Working on Some New Songs

♛ The King-o-Keys and His Smokin' Aces completed recording for their five songs fdebut EP.  All the songs were recorded at Eternal Returns Studio in Lemont, Illinois The songs were engineered by Eddie Grbyz, and mastered by Doug McBride at Gravity Studios in Chicago, Illinois.


The five songs are: 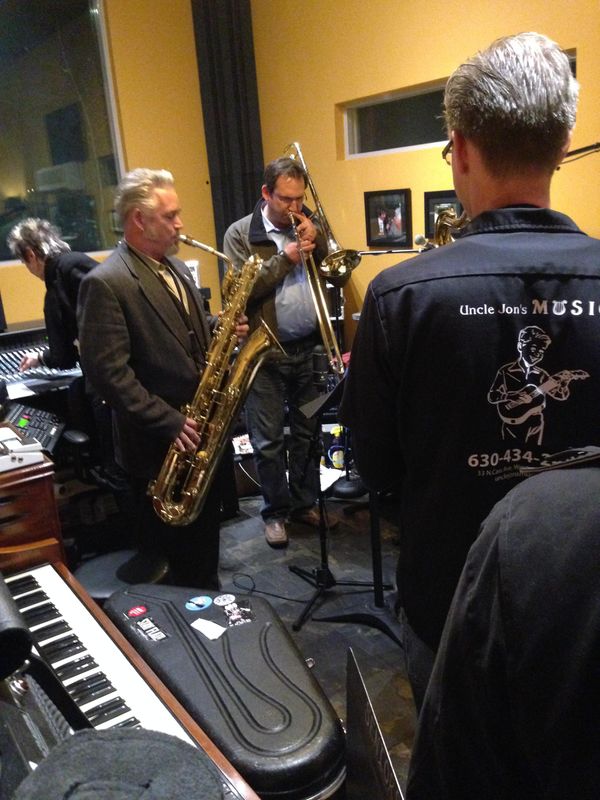 The Core of the King-o-Keys and His Smokin' Aces are: Peter Budd, guitarist, Richard Holmes, bass guitar and Eddie Grbyz, drums.

Peter Budd is an extraordinary guitarist who can play in a variety of styles ranging from old school Rock-a-billy to Wes Montgomery jazz.  Peter grew up in England and worked the same European circuit as the Beatles.

Rich Holmes Richard grew up around the music scene in Chicago and began playing bass guitar in 1964. His father, Richard Ashley Holmes, was a well-known studio/session country and western guitarist. Rich has played with top musicians and bands in the Chicago area, including with Tom Webb of “Flock” fame and Mimi Betinis (Pez Band, Off Broadway).

Eddie Grbyz is an outstanding drummer.  Besides working with the Smokin' Aces, Eddie is a integral member of The Southside Exiles whose music is available on-line.

A special thanks for horn arrangements by Jon Kostal at Uncle Jon's Music in Westmont.  The musicians pictured are Jeff Barth on Trombone, Kevin Gawthorp, Baritone Sax, Jon Kostal Sax with his back to the camera and Andy Brummel on Trumpet.  Kevin and Jon are members of the Flat Kats a swing and jazz sextet.

And a special thanks to Maxwell Maedor for this outstanding sax work on Stay Drunk All the Time and Troubled Life.
Share
Read more…